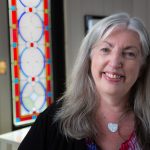 Rhian Davies reconstructs the eighteenth-century world when Welsh exports to Bath included performers, composers and impresarios as well as flannel, cobs and mutton 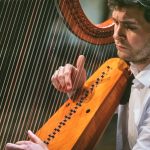 Maximilian Ehrhardt is based in Berlin and specialises in playing historic harps including the Welsh triple harp.

His pioneering CD None But the Brave (2020) showcases music from three manuscripts at the National Library of Wales which are associated with John Parry, the blind musician who worked as domestic harper to Sir Watkin Williams-Wynn of Wynnstay. 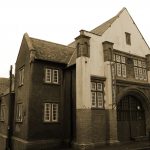 On 16 March 1922, the great Hungarian pianist-composer Béla Bartók made his UK public recital début at the Parish Hall in Aberystwyth, playing his own compositions plus a Beethoven Piano Trio with members of the University chamber ensemble.

A hundred years on, Rhian Davies considers this remarkable occasion, described by the Cambrian News as ‘an epoch-marking occurrence in the career of the music students’ and by Professor Walford Davies as ‘Baffling’! 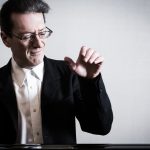 Llŷr Williams is widely admired for his profound musical intelligence and for the expressive and communicative nature of his interpretations. An acclaimed performer of Beethoven, he makes a welcome return to the Music Room for the first time since 2011 with a programme that begins with the ‘Pathétique’ Sonata before exploring compositions influenced by folksong by Tchaikovsky, Bartók and Warlock.